DATAIKU: YOUR PATH TO ENTERPRISE AI 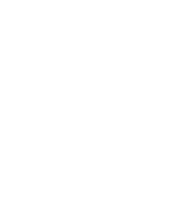 "Our data scientists are very satisfied as [Dataiku] tremendously increases their work and still allows for a lot of flexibility."

Get an overview of Dataiku, including all the new improvements in Dataiku 7!

Dataiku 7 brings additional features for statisticians and data scientists as well as individual model prediction explanations for all. Ultimately, Dataiku 7 reinforces the notion of data-driven collaboration and empowers organizations with scalable, explainable AI.